There are several beers available in Thailand.  Most of them are also brewed in Thailand.  They are all some variation on a light lager, pilsner-like beer.  The ones I’ve seen so far are:

I’ve tasted most of the beers above and all of them rate ok to good.  In fact, I had Cheers before and thought it was decent.  Not sure what is going on tonight but definitely developed a solid dislike for the beer.  It had a weird metallic taste on the finish.  One of these days I’ll do a proper tasting and comparison of the Thai beers.  But for now, avoid Cheers. 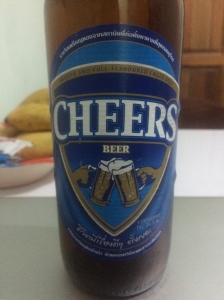