I am finishing up my 4th trip to Vientiane Laos.  Thailand is going to let me stay in the country 3 more months.  There’s not much to do in Vientiane.  I’ve seen everything already.  So I passed most of my time thinking about my life, walking along the Mekong River, and watching youtube videos 🙂  I did eat some good food.  I tried a new French restaurant near the hotel I stayed at and visited the Chok Dee Cafe again. 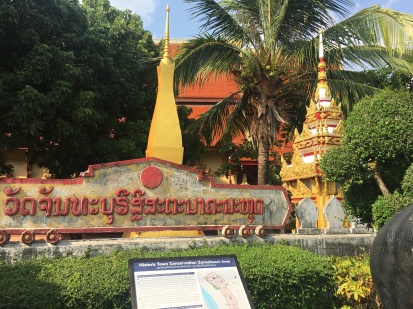 Temple near my hotel 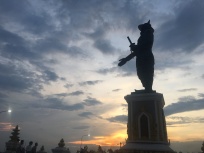 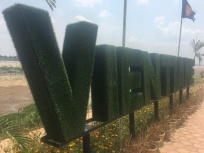 Somewhere along the Mekong River

Yesterday was a Thai holiday which means the embassy was closed.  Which means I got my visa a day late.  There was a small chance I would make my flight home.  Right after I got my passport back I headed to the airport.  I got to the airport 20 minutes before my flight left.  But by then the check-in counters were closed already.  So I missed my flight but was able to book a new flight a few hours later.  So now I have some time to kill in the airport. 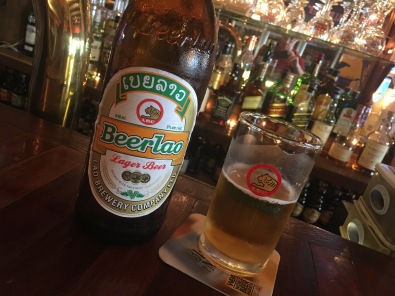 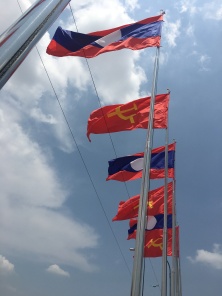 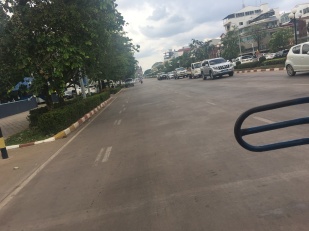 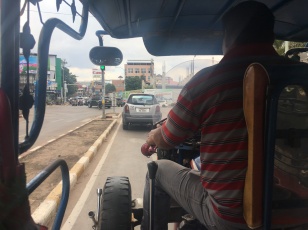