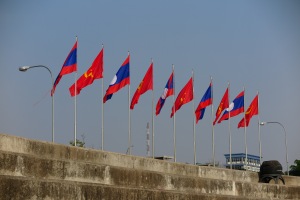 I haven’t been posting much because I went to Laos on the 21st.  The internet in Laos barely works, kind of like in China.  I was there to apply for my Thailand education visa which will let me stay in the country for up to a year.  I’m happy to report I was able to get the visa without much trouble and made it back into Thailand.  I’m at Don Mueang Airport in Bangkok writing this, killing some time…

My first impression of Laos was not very good.  First off, the border crossing is rather confusing.  To enter Laos at the Thai-Laos Friendship Bridge crossing here’s the process: 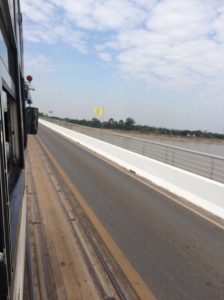 Bus across the Thai-Laos Friendship Bridge, going over the Mekong River.

Leaving is also a bit of a mess.  It’s not obvious that you have to purchase an exit card for 10,000 kip.  They don’t tell you this before going through immigration.

Second, as an obvious foreigner I always feel a little bit like people are just after my money in SE Asia.  Granted, some parts of Thailand are pretty bad in this regard but I felt like Laos was even worse.  This was especially apparent with the Tuk Tuk drivers.  They are dishonest and will take advantage of you.

Third, Vientiane has got to be a contender for least walkable city in the world.  Everybody parks their car on the sidewalk.  Forcing you to walk in the street most of the time.  I don’t even see this in Thailand.   This, combined with the same crazy driving as in Thailand made walking around the city not a lot of fun. 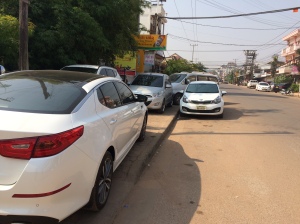 But there are also some nice things about Vientiane.  This city / country has been through a lot and at one point was ruled by the French.  So a lot of French influence can be seen in the architecture.  There are also a lot of cafe’s, French restaurants, and wine bars in the city and there’s lots of good western food to be found when one tires of fried rice and phad thai.  This is also seen in a lot of the signs around the city, many are in Laos and French. 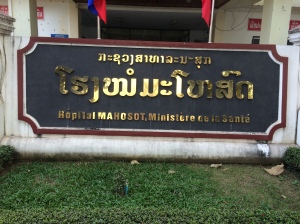 The Temples!  There are a lot of Buddhist temples in the city and some of them are very impressive. 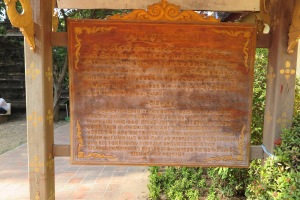 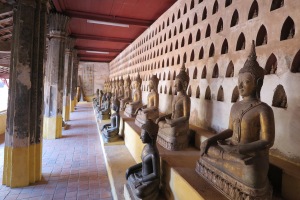 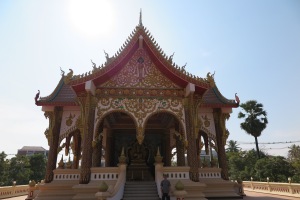 Patuxai Monument.  This concrete behemoth looks very impressive from far away.  For a small fee (and I’m sure foreigners pay more) you can go to the very top which offers 360 degree views of the city. 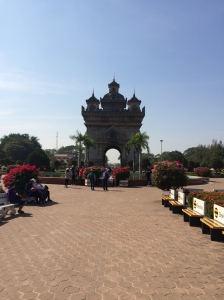 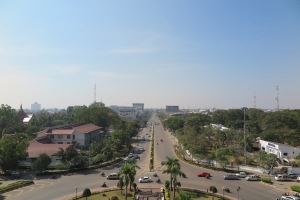 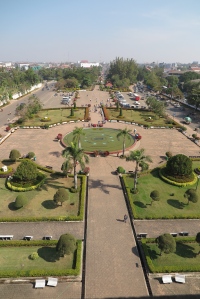 L’adresse de Tinay.  A delicious French restaurant near Wat Ong Teu. I’ll spare you pictures of what I ate but I really liked this restaurant for two reasons.  The food is amazing and the bathrooms actually have toilet paper in them (and the floors aren’t soaking wet).  It was quite an adventure getting here.  Maybe I will write about it later.

So, if you find yourself in Vientiane, Laos, here are a few things I recommend.